Back to all posts

THE NIGHT THAT CHANGED EVERYTHING 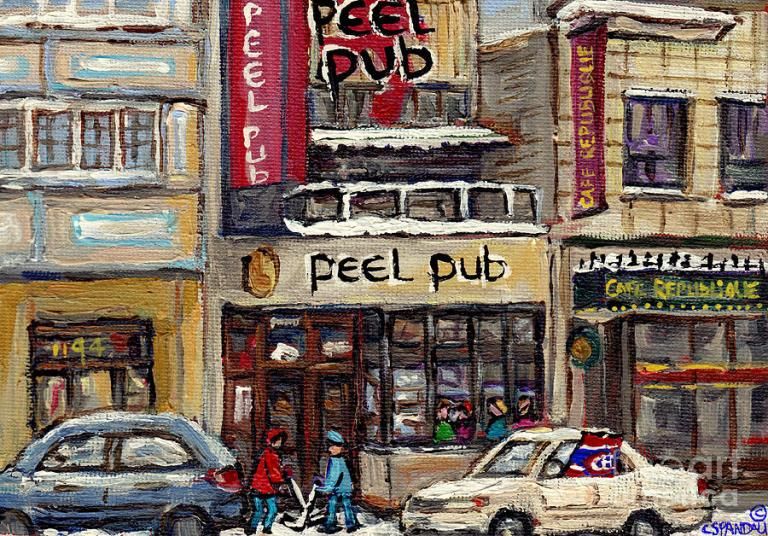 By the time I was 23 I’d spent more nights than I could count driving around Montreal alone, singing my lungs out. My rotation included lots of post-punk and new wave music from the 80’s: New Order, The Police, U2, Depeche Mode, and Elvis Costello. These solo car-concerts started well before college and snowballed into a nightly ritual that kept me sane but that I was too embarrassed to tell anyone about.

So it was that one January night I found myself playing a drinking game with a dozen friends at Peel Pub- a huge downtown bar. It was business as usual until a band took to the stage and an announcement came through the PA welcoming everyone to the first-ever edition of “Live Band Karaoke.” In light of this unprecedented development, we agreed that the drinking game losers would have to send somebody up there to sing. A white guy with dreads screeched his way through Toto’s “Africa” as if to punctuate the awaiting humiliation.

I don’t remember how, but my team lost. Not surprisingly, no one volunteered to get onstage. It might have been the beer, it might have been a guardian angel, but I felt a wellspring of determination bubble up. I drained my mug and marched across the room to huddle with the band. They had a U2 song in their repertoire: “Where the Streets Have No Name.” I’d sung it many times in my car but I’d never sung it- or anything for that matter- with a band in front of a live audience. There was no time to worry. The drummer clacked his sticks and counted us in.

The next 4 and half minutes were a blur as I threw myself into the performance with abandon. The band and I roared through the song like long-lost pals and galloped toward the finish into a huge crescendo. As cymbals rang out, a strange thing happened. It was like someone had hit PAUSE on some cosmic remote control. I became hyper-present. My toes unclenched inside my boots; blood pulsed through my hands; I pressed the mic stand against my chest like I was in love with it. I opened my eyes and licked my lips. The room came into focus. I looked out and saw a sea of diamonds shining back at me…wisps of smoke hung from the ceiling as if in suspended animation…I was in a space of utter enchantment…and then…UNPAUSE…the room erupted. Applause, whistles, howls. I staggered back to my table like I was walking with someone else’s feet. Strangers smiled at me and shook my hand. My friends greeted me with back slaps, high-fives, and…could it be…newfound respect? A waitress arrived with pitchers of beer courtesy of the bar manager.

Fast forward 4 solo albums, songs featured on TV shows like Melrose Place and 15 Love, unexpected success in the world of progressive house music, and I still think about that night. It was the moment when fantasy broke through into waking reality and I got a sign from the universe that this singing thing might actually be something.

It was also the first time I truly understood how music could cast a spell over an entire room, elevating everyone in it. This was powerful magic. Singing in my car, I felt a glimmer of that power, but I was isolated and incomplete. But up onstage I felt fully connected, alive, and whole. Yes, I had to take the leap. But only the audience, the listener, YOU, could complete the circle. It was a revelation.

So thanks for being a listener. And for making it all matter.